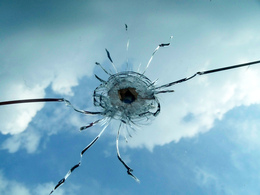 Here's a peek at the Miss Prentice sequel,
Death Dangles a Participle

Christmas vacation was coming to an end and the Rousseau brothers were determined to savor every second of freedom before the public school system once more took them prisoner.

“Two more days, man,” fifteen-year-old J.T. complained as they drove along the lake shore road in the elderly Volkswagen beetle they shared, “that’s all we got left.”

Dustin, the elder by eighteen months, agreed. “Yeah, so what do we do?”

It was a brilliant, sunny day, and each new turn in the road revealed a different sparkling view of a frozen Lake Champlain, but the brothers noticed none of this beauty as they chugged aimlessly along.

“We gotta do something, man,” J.T. said. “We gotta make a name for ourselves. Maybe get our picture in the paper.”

He spoke aloud of glory, but in his mind he envisioned a pair of twins, Crystal and Courtney, pink of cheek and sleek of limb in their identical ski pants. The brothers’ perpetual quest was to persuade the Gervais sisters to go on a double-date.

But how? The Brothers Rousseau lacked the self-discipline for athletics, and were not particularly studious. Their looks, while agreeably masculine, lacked the definition that would come with maturity. Their jobs, J.T. working part time at a service station and Dustin at a sporting goods store, barely covered the basic necessity of gasoline for the car and CD’s for their battered boom box. To make matters worse, Dustin had just been laid off. They were now reduced to buying used CD’s wherever they could find them. I-Pods were financially out of the question.

The one currency they had in abundance, however, was their utter, wonton recklessness. This they had spent eagerly and in public at every opportunity, taking ridiculous dares, usually involving height: climbing goal posts, water towers, and once last summer, a ranger fire tower. The resulting attention from the police had put a temporary hold on their adventures, but the fire inside them remained unquenched.

“We can’t climb anything. Dad’ll take away the car if we climb anything again,” Dustin reminded his brother. He gazed across the expanse of frozen lake to the Vermont shore. “That Ice Festival coming up in February? There’s a fishing contest. Dad said we could enter with him,” he proposed halfheartedly.

“Don’t be stupid. Girls don’t care about fish. Besides, if I’m going to take Crystal to that dance, I’m gonna have to ask her early. We gotta do something now.” J.T. squinted at the windshield. The sun could be blinding when it reflected off the snowdrifts.

The Volkswagen skidded on an icy curve in the road and Dustin struggled to return to the right-hand lane. “Stupid car! It’s too light to drive on this ice. No traction. Now, if we only had a Hummer.” With difficulty and an abrupt jolt, he navigated over an icy ridge. The door of the battered glove compartment flopped open. “This thing is falling apart!” He reached over and slammed it shut.

“Cut it out!” Dustin, startled, accelerated and narrowly avoided sliding into a snow bank.

The glove compartment door bounced open again. With a curse, Dustin leaned over and slammed it shut once more. “You’re gonna get us stuck out here!”

“No, I’m not. I’m gonna get us famous.” The wild light of bravado was once more in J.T.’s eye. He pointed to the lake. “How thick d’you think that ice is right now?”

Minutes later, Dustin had driven the Volkswagen down a path that led to the edge of the lake. Both boys climbed out and sheltered their eyes with gloved hands as they gazed at the level, white plain that stretched to the snow-covered Vermont shore. The Green Mountains were a blue shadow beyond. The thumping from their ever-present boom box on the floor of the passenger seat shook the little car and caused gut-wrenching bass thumps to run along the ground.

“I’m telling ya, man, if we make it across, we’ll be in the paper. Guaranteed! Maybe on TV, too!”

“I know!” J.T. took a flying leap into a nearby snowdrift. “It’ll be great!” He formed a hasty snowball and hit his brother squarely on the shoulder with it. “Don’t be a wuss!”

Dustin took no notice of the horseplay. His eyes were still on the lake. “How long do you think it’d take?”

Sensing victory, J.T. scrambled to his feet. He flung out his arm. “Look over there! You can see the other side. It can’t be more’n a mile. Two, tops. How long does it take you to drive two miles?”

Five minutes later, the VW had traveled one hundred yards across the ice in an eastwardly direction.

“Come on,” J.T. complained as he slid another CD into the boom box on the floor and turned up the volume. “We can go faster than this.”

“Who’s drivin’? Shut up, okay?” Dustin hunched over the steering wheel and squinted into the distance.

“Whatever.” J.T. bobbed his head to the beat of the music and beat a fingertip tattoo on the dashboard.

Another five minutes, and another hundred yards had passed beneath their wheels.

J.T. sighed and slumped in his seat. “This is boring. The speed you’re going, it’ll be night before we get there. I wanna see people’s faces when we pull up on the other side.” He rolled down the window and stuck his head out. “Hey, wait a minute. What’s that? Some kind of tent?”

Reverting to his driver’s ed training, Dustin was tightly gripping the steering wheel at the “ten and two” position. He glanced to his right. “Just somebody ice fishing.”

“Wonder who it is. Wait here a minute.” JT scrambled out of the slow-moving car, slamming the door.

Muttering curses, Dustin braked carefully and went after his brother. Sliding a little on the ice, he quickly overtook him and grabbed the back of the other boy’s jacket. “Get back in the car!”

But J.T. was already at the threshold of the tent. He pulled aside the door flap and stuck his head inside. “There’s nobody here!” he called over his shoulder. “But they’re fishing, all right. There’s the hole. He pointed. “What’s that round thing?”

Dustin sighed and peered over his brother’s shoulder. “That’s called a tip-up, keeps hold of your fishing line. That’s a Frabill, top of the line. When I worked at the store, we sold a lot of ‘em. This tent is one of those NIB fishing huts. I bet they bought it at Shea’s. But where’s all the other stuff, like stools or ice chests? What kind of a guy goes ice fishing without food?”

J.T. shrugged. “Maybe they’re off somewhere, makin’ yellow snow.” He snorted at his own joke.

Dustin glanced back at the car that still throbbed with the hip-hop beat. He pulled at his brother’s coat again. “Come on! Let’s get out of here.”

J.T. moved further inside. “Wonder if he’s caught anything?”

“Cut it out! Come on back to the car.” Dustin’s voice cracked with anxiety.

But his brother wasn’t hearing him. He squatted next to the hole in the ice and pulled aside the round plastic disc that stoppered it. “Look, the ice’s got to be more’n a foot thick,” he called.

“Look, over there, Dus, they at least brought some lunch.” J.T. pointed to a metallic lunchbox resting on the ice off to one side. He abandoned his examination of the fishing gear and picked up the box. “Hey, it’s heavy. Wonder what he’s got to eat.” He fiddled with the clasps.

Dustin’s voice combined brotherly sternness with anxiety. “Put that down, dummy! It’s not ours!”

A muffled shout interrupted him. Both boys leaned down slightly and looked through the tent’s clear plastic window.

A figure in the distance, dressed in a white hooded parka, was walking resolutely towards them, then running.

The boys were well acquainted with irate authority. “He’s not happy. C’mon, let’s get out of here.” Dustin sprinted for the car.

For the first time that afternoon, J.T. took his brother’s advice. Alternately running and crawling across the ice, he threw himself aboard the VW and slammed the door as it careened in a turn and headed back to the New York shore.

Dustin stared straight ahead. His hands gripped the steering wheel tightly. “Back where we came from. This whole idea was dumb, dumb, dumb!”

With the hip-hop music still rattling the countryside in their wake, they traveled the short way back to the New York shore at a surprising speed, gunned up the hill to the road and sped on. In the course of their hurried travels, they narrowly avoided collision with a snowplow and a taxicab before finally pulling into the driveway of their father’s house in town.

With a deep sigh, Dustin turned the ignition off and in the resulting silence, turned to his brother. “What’s that?”

“Oh, no!” J.T. looked at the object on the floor of the car. “The lunchbox,” he said in a puzzled voice. “I guess I just put it under my arm like a football when I ran.” He unfastened the latches and pulled open the top to reveal a neat row of CD’s in their plastic cases.

“You dummy! That’s somebody’s music collection. Now what are we going to do?” Dustin pulled off his watch cap and twisted it. He looked at his brother. “We gotta give it back, J.T.”

“We can’t. We don’t know who to give it back to. Unless you wanna go back out to the lake…”

“Okay, okay, you’re right. Um. I need time to think about this. If Dad finds out, we can kiss this car goodbye. He’s already hot about the insurance goin’ up after that last ticket. Put it in the trunk, inside your gym bag until I figure something out.”

The two boys emerged from the car slowly. J.T. obediently opened the VW’s front trunk while Dustin circled the car to eyeball the tire pressure.

“How do you suppose they were gonna listen to those CD’s anyway?” J.T. mused. “There wasn’t any player.”

“Shut up,” Dustin ordered in a desperate whisper. He was standing behind the car, running his hand over the small back window. With the other hand, he sketched the sign of the cross on his head and shoulders.

Curious, J.T. stepped around the car and followed his brother’s gaze, then blessed himself, too.

Both boys watched television. They both knew what a bullet hole looked like.


WANT MORE?
READ THE FIRST TWO CHAPTERS IN BOOK #3 Murder in the Past Tense (See menu above)
Buy Death Dangles a Participle on Amazon
Powered by

Create your own unique website with customizable templates.
Photo used under Creative Commons from Jo Naylor