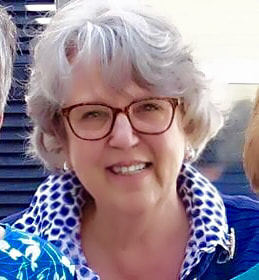 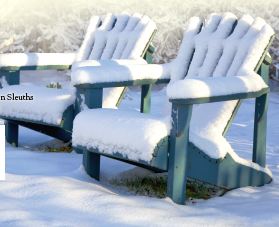 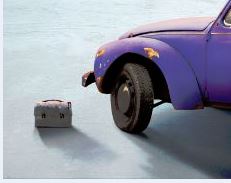 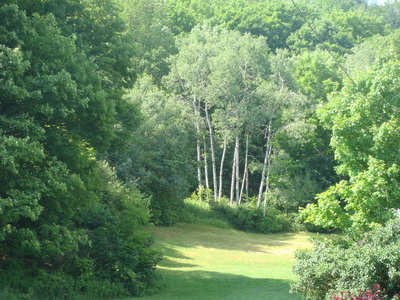 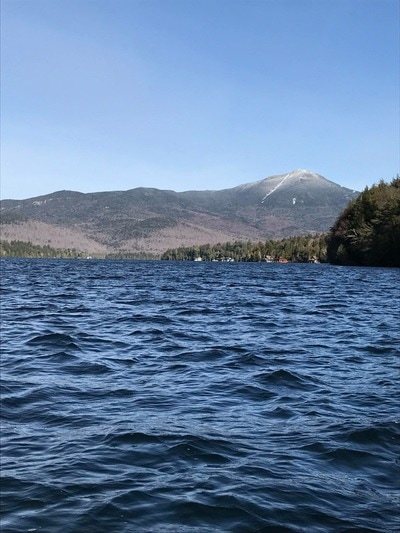 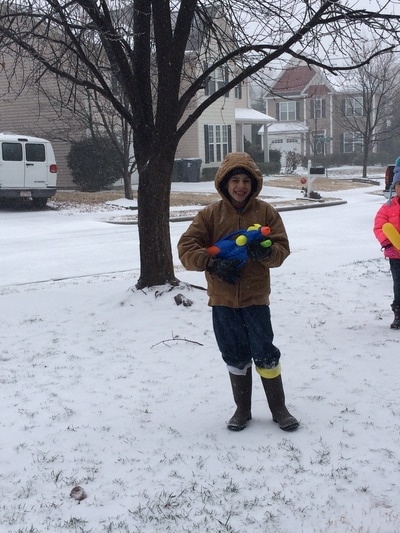 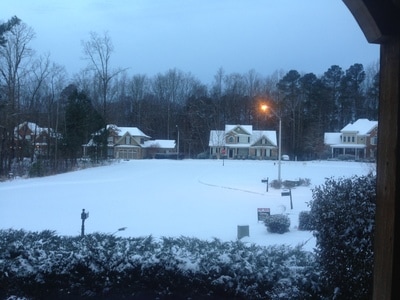 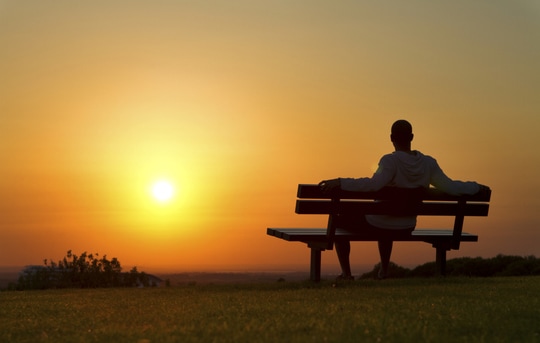 READ THE FREE SAMPLE CHAPTERS--
Just click on the titles above!
(iPads and iPhones, click on the lines, upper right) 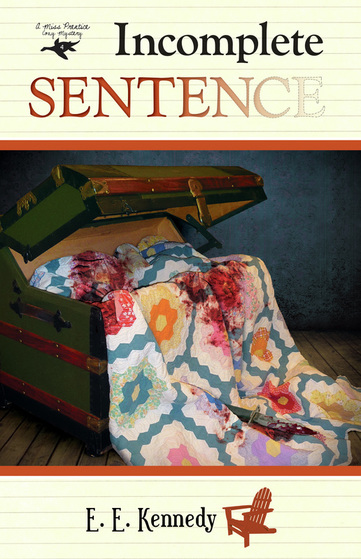 Winter is ending and business is picking up at Chez Prentice, Amelia's B&B. All at once, a particularly brutal homicide at a retirement community sparks rumors of the Rasputin Killer, who skipped out on a murder conviction many years ago. When yet another murder hits close to home, Amelia realizes just how vulnerable they all are. With the help of her new friend, the elderly Hugh Channing, she is determined to figure out what's going on and keep her family safe.

#4 in the Miss Prentice Series is available in paperback and in all eBook formats.

Reviews of INCOMPLETE SENTENCE are in!

"When I need a cozy mystery fix, I turn to E E Kennedy’s Miss Prentice
series. A strict grammarian and “trouble magnet”, Amelia Prentice Dickensen laces her murder investigations with a heavy dose of prayer. In her latest novel, Incomplete Sentence, weddings and serial killers combine, but Amelia is on the case. This one is definitely a recommended read!"
Beckie Burnham, By The Book

"I was captivated by the plot development, the suspense, and the intertwining of the characters. I must confess I was wrong about the killer until the very end….which makes this story unpredictable and awesome."
Marsha Vermillion, English Teacher 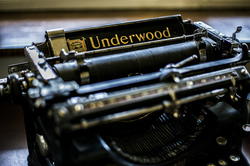 MISS PRENTICE SETS THE RECORD STRAIGHT ABOUT THE WORD "IRREGARDLESS."
Let the record show: I know it isn't a word. In fact, in the opening pages of the book bearing that dreaded non-word, I post a quote from the wizards of words, Strunk and White:
"Irregardless. Should be regardless. The error results from failure to see the negative in –less and from a desire to get it in as a prefix, suggested by such words as irregular, irresponsible, and perhaps especially, irrespective.”
The joke is, that as an English teacher, I HATE that word. So now you know. 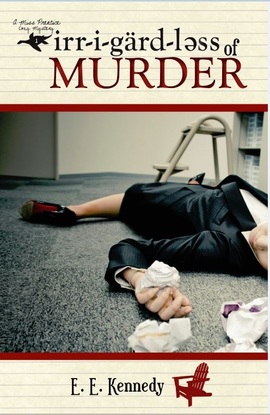 Amelia Prentice, fortyish high school English teacher, trips over a corpse in the safest of places, the public library. Now, nothing of her cozy small town life in the Adirondacks will be the same.
Amelia (whose pet peeve is the non-word ‘irregardless’) returns to school, but soon she must deal with the facts: this death was no accident and she’s a murder suspect. The victim’s mother disappears; friend Lily is thrown overboard from the Lake Champlain ferryboat, a mysterious millionaire wants to buy Amelia’s house, the school nurse is viciously attacked and Amelia’s old beau Gil seems interested again.
And, of course, there’s the Lake Champlain monster.
It will take all Amelia’s wisdom, humor and faith to         figure out what’s going on.
If she survives…
Buy Irregardless of Murder here

This is the old Plattsburgh High School building, where I attended. It's been torn down now, but it's how I picture the school where Amelia teaches.
"E.E. Kennedy's writing style draws the reader in and captivates them. Readers will enjoy embarking on more of Miss Prentice Cozy Mystery Series tales as the author continues to weave more intriguing adventures for us. You're sure to fall in love with Miss Kennedy's characters and writing style as much as I have! "
-Susette Williams, Best Selling Author of Honorable Intentions 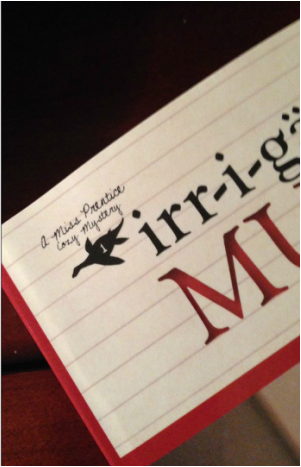 If you're wondering which Miss Prentice book you're reading, just check the tiny lake monster in the upper left hand corner of your book! 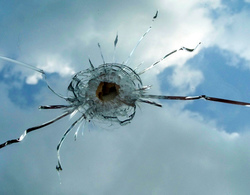 Cross a frozen lake in a rusty VW?
What could possibly go wrong?


#2 in the Miss Prentice Mystery Series 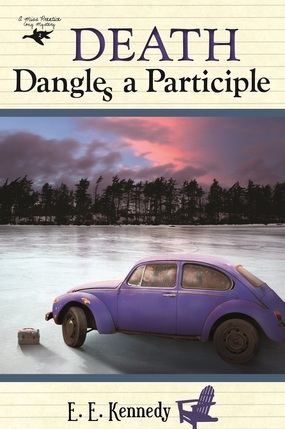 Winter can be harsh in the North Country.
When the reckless teenaged Rousseau brothers, J.T. and Dustin, attempt to cross a frozen Lake Champlain in their ancient VW, what they find plunges them into hot water, not cold. Their guilt in a brutal murder is obvious to everyone except English teacher Amelia Prentice Dickensen, freshly returned from her honeymoon with new husband Gil, who is determined to find the clue that will prove them innocent: a single bullet.

Despite a falling out with best friend Lily, parents irate over a low grade, a missing cat, and a strange illness that strikes when least expected, Amelia is determined to find the truth. Unless she is frozen out by an equally determined murderer.
Buy Death Dangles a Participle here 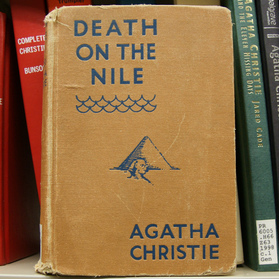 "...my observation is that cozies seem to be more appreciated in Britain than in the US. In a US murder mystery, Miss Marple would most likely be the victim." James Coggins, author of the John Smyth mystery series.

When a teenage Amelia tries out for a local summer
stock company, she expects to learn about acting and stage makeup, but there is far more going on than she can imagine. Will she learn enough to keep out of danger? 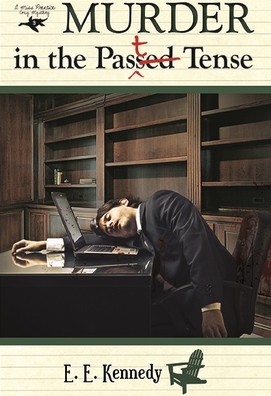 #3 in the Miss Prentice Mystery Series

A familiar face in a supermarket tabloid stops Amelia in her tracks. Who could possibly want to murder the talented actor/producer, Danny DiNicco?
Amelia and Gil search for the answer in their memories of one magic summer when they were teenagers.
There was drama that summer, along with romance and danger. Though much has changed over the years, the danger is still there.
Who killed Danny?
Did they also kill the ingenue, Janey?
And what does it all have to do with an elderly Adirondack hermit?
Author E.E. Kennedy has not only crafted a clever mystery puzzle set in New York State’s beautiful Adirondack region, but has wrapped the story in a original musical play--complete with song lyrics--taken from O. Henry’s immortal short story, “The Last Leaf.”

Theater lovers will enjoy these authentic backstage glimpses of musical theater and the
down-the-years intrigue in this cozy whodunnit that Christian author Stephanie Reed called,
"...a smart, funny, tender novel.” --GoodKindles (review website)
Buy Murder in the Past Tense here
Interview at "the author speaks" 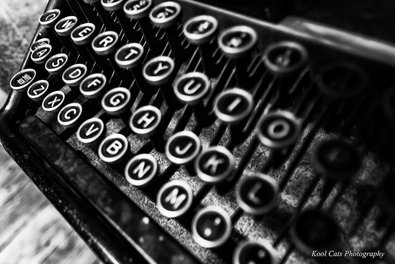 Check out the Ellen Edwards Kennedy Facebook Page Here
Email me: eekmystery@hotmail.com
the North Country and its history
Powered by